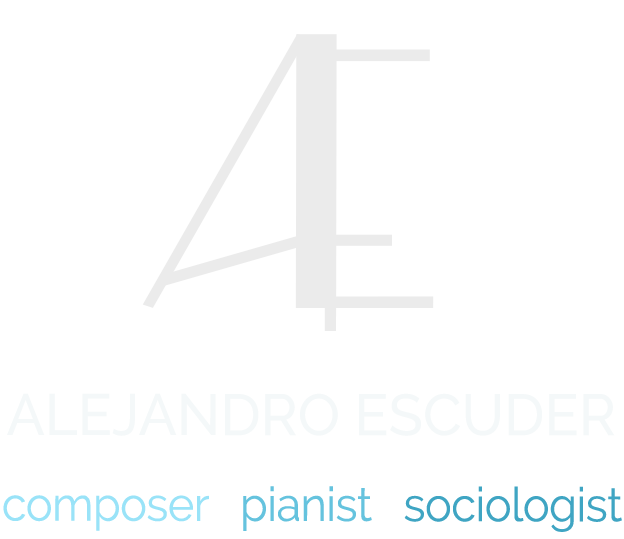 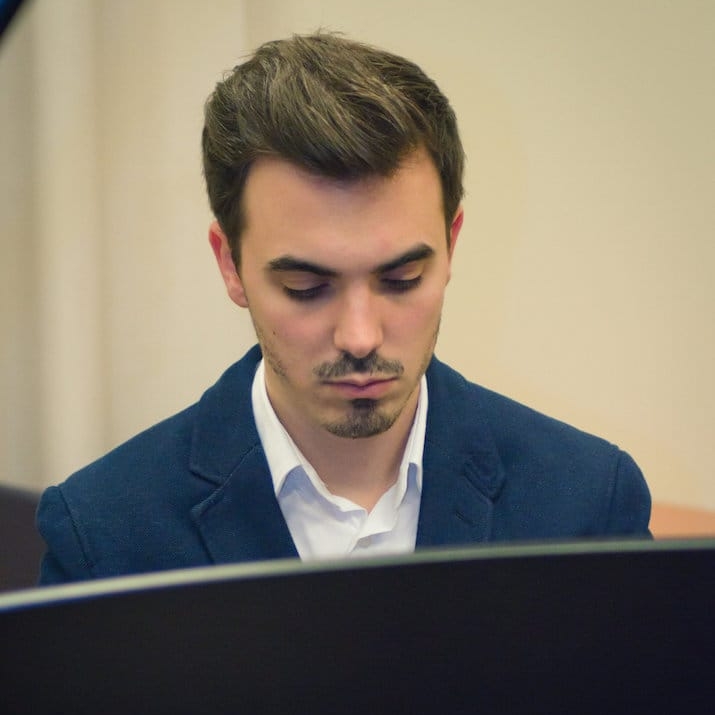 Alejandro is a Composer, Pianist and Music Educator formed in Spain and Austria as a classical and contemporary music pianist and composer as well as in jazz, modern music and improvisation.

His catalog of works is very varied, demonstrating capacity to compose in a very wide variety of musical fields. Within them we can highlight his works for chamber music, electroacoustic, film music and video game music and sound design.

He has also conducted his own pieces, written and produced commercial music and Sound Design for Videogames.

His other two greatest interest are Sociology and Education, beside research in both fields related to music.

His composition style embraces a large variety of music styles and aesthetics. He can be defined as a very eclectic composer, demonstrating proficiency in a very wide variety of musical fields:

As with composition, his experience as a pianist is very wide:

He can be defined as an all-road pianist, who can play any kind of classical music, jazz, pop arrangements, and improvisation.

Since 2013 Alejandro has worked actively in projects related with Orchestration (especially of Film Music), Arranging and Music Preparation for concerts and recording sessions.

Some of the highlights are:

He combines his career as a composer and pianist with his passion for pedagogy. He has been dedicated to music education for over 10 years, including conservatories, online education, different music schools, Volkshochschule, as well as with over 100 private students.

Also he teaches Orchestration, Orchestral Mockup Production and Composition for Film for Cinematic Composing , where he also takes the role of Music Technology Coach.

He constantly tries to improve the quality of the music lessons and the way in which children and adults learn music through modern methods such as music integration, psychopedagogy, the use of Apps, E-Learning and new technologies, and other concepts such as the flipped classroom for theoretical subjects.

He is a Sociologist by the University of Vienna, which concluded with the highest grade on his Thesis “What is Art?”. Although he does not work as a Sociologist, he keeps a great interest in the matter. Some of his papers can be read at: https://mdw.academia.edu/aescuder , including his thesis.